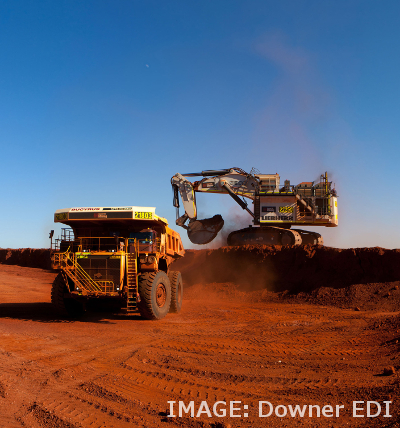 Fortescue Metals Group has merged two contracts at Christmas Creek in a move that will see Macmahon Holdings wind up work.

It is bad news for the 700 workers employed by Macmahon at Christmas Creek 2.

Macmahon was informed by FMG late last week that the $260 million mining services contract would be wound up by April 20.

Meanwhile, Downer EDI's contract has been expanded and will now include Christmas Creek 1 and 2, in a deal running to September 2016.

Downer EDI says the contract is worth $720 million, but FMG says it is closer to $650 million.

Analysts say it should let FMG shave around US$3.30 per tonne off the cost of production.

MacMahon’s executive chairman Jim Walker said the company would now have to restructure itself.

“We have already begun the process of resizing the business, including consolidating our Perth offices and reducing overheads,” he said.

“While the business will be smaller over the near term, the company still has several quality contracts underway and is pursuing potential opportunities both here in Australia and overseas.

“Contracting by its very nature requires the ability to flex up and down very quickly.

“Macmahon has been around for more than 50 years and has successfully done this many times during that period.”