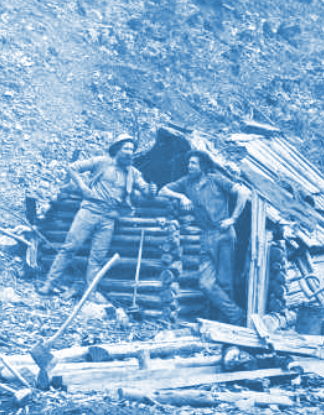 Principles formed deep in Australia’s colonial history have been revived in the push for a federal corruption court.

The Independent Member for Indi Helen Haines has launched a declaration dubbed 'The Beechworth Principles', defining the characteristics for any Federal Integrity Commission. A copy has been sent to the Attorney-General.

The name is in reference to the killing of a gold digger in the town of Beechworth over 150 years ago, and the strong response it triggered from fellow miners at the time.

In 1853, during the height of Australia’s gold rush, gold digger William Guest was killed by police at Beechworth.

Historians say Mr Guest was innocent, with evidence that police and government officials suppressed key evidence in two inquests held locally to cover up their own mismanagement.

At the time, in response, Beechworth gold miners called for an independent inquiry into the circumstances of Mr Guest’s shooting and the conduct of local officials.

The government held a closed inquiry excluding the press.

Beechworth diggers were further incensed, and petitioned Parliament for a “full and fair” franchise for people of all backgrounds and races.

They wanted the gold licence tax replaced with a tax applied fairly across the community, and called to dismantle the system of Gold Commissioners, who were considered corrupt and unaccountable.

Dr John Owens led the historic push, warning that “if the government tenaciously refused to grant the rights of representation, the consequences would be fatal”.

“Even for its day it wasn't a huge amount of signatures, but the principles spread like wildfire and were adopted all around what was then the colony of Victoria,” says historian Dr Jacqui Durrant said.

“In the end they were actually changes that were adopted by the government by 1855.

“So it's not necessarily about the numbers on the petition itself; it's about the principles and how those get spread throughout the community.”

Indi MP Helen Haines had intended to launch the new Beechworth Principles in April 2020, in line with the anniversary of Mr Guest's death.

But Ms Haines says recent revelations have made the need more urgent.

“There's been so much angst and so many people extremely unsettled by the events of the past couple of months now of the sports rorts,” she said.

“I think the sports rorts has made it real, how it feels when something you engaged in in good faith is manipulated by government.”

The principles call for all federal public servants to be subjected to independent scrutiny, common rules that hold all persons to a single standard of behaviour, and ensure a commission is set up with appropriate powers to fulfil its purpose.

“We do this because our democracy is straining,” Ms Haines said in the statement.

“Our politics is prone to corruption and partiality, scandals abound, and people no longer believe politicians can be trusted.

“As a result, faith in our institutions has never been lower.”

The Senate last year passed the Australian Greens' National Integrity Commission Bill 2018, but the Government has not introduced any legislation to establish an integrity commission.

Some analysts, while respecting the dire need for a federal corruption court, warn that the current government is unlikely to create an effective enough commission, especially in regard to its own corruption.