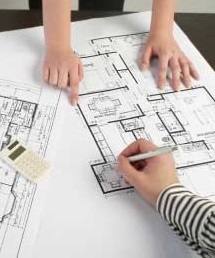 NSW councils are upset at a recent planning announcement.

NSW Planning Minister Rob Stokes this week told developers that a new planning guarantee will require councils to refund planning application fees if they do not meet timelines arbitrarily imposed by the State Government.

Mr Stokes said the state is seeking to create one-size-fits-all maximum timeframes for assessments and determinations by councils.

It is also looking at a new planning guarantee requiring councils to refund planning application fees if they do not meet government-imposed time frames, and the creation of Ministerial intervention powers if the Government believes councils are not upholding their responsibilities.

“This announcement is a second gut punch, following hard on the heels of the lowest rate peg setting in 20 years – a rate so low that councils are already being forced to consider cuts to services, infrastructure and jobs,” Local Government NSW (LGNSW) President Darriea Turley said this week.

“It was dropped at a developers’ lunch 10 days before Christmas, and before the councils elected at the 4 December elections have even been declared by the NSW Electoral Commission, let alone had a chance to meet.

“The Minister is no doubt rushing to lock in what he sees as his legacy before he is moved out of the portfolio in the upcoming Cabinet reshuffle, but this announcement smacks of disrespect and contempt for the third tier of democratically elected government, and the communities they represent.”

Cr Turley said it was particularly rich for the Minister to be claiming he was simply asking councils to meet the same standard of timeliness and certainty on rezoning and development applications as the NSW Government.

“It is not uncommon for the Department of Planning, Industry and Environment to take more than a year to assess planning proposals by councils,” she said.

“Where is the recognition that the development industry often submits partially complete or wildly speculative proposals well outside the approved strategic plans for the area, slowing the process?

“Where is the recognition that councils are already grappling with a plethora of other changes pushed through by this Minister – changes that are impacting their systems and processes, and placing additional strain on an already-strained workforce?

“These include having to recalibrate their systems to integrate with the Planning Portal; amending, developing and updating their land use plans; preparing new plans and implementation strategies for housing and employment; changing the names and definition in their policies and plans; increasing their planning and development reporting – all with significant shortages of planning staff.”