Praise splashed on boots made for muddy mining 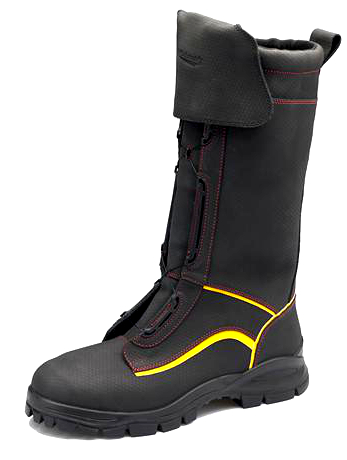 A boot designed to keep mine workers in muddy conditions safe and dry has won a design award in New South Wales.

Gumboots have been the footwear of choice in many watery underground sites, but they provide nothing in the way of impact resistance, support or other safety needs.

Employees of coal firm Centennial Coal created a new shoe to address the issues, with some help from iconic Tasmanian boot-makers Blundstone.

The next-generation miners’ boot is designed to provide high levels of support and stability, while being extremely comfortable and preventing any water ingress.

“The gumboot caused a lot of concern with poor levels of comfort, and the lack of ankle and arch support, these issues exposed miners to a range of Health and Safety risks,” Kirsty Spiteri, who led the trials of the boot, told the ABC.

“Some of our sites have excessive water issues and we need to protect against infections from exposing feet to water for too long.

“I had one of the guys who has been wearing this boot in a trial for 9 months tell me he doesn't get discomfort in his 8 hour shifts the way he used to,” she said.

The designers say the boot could be equally-useful in other industries, dairy farmers in cold and wet climates particularly.

“The boot has a waterproof leather, it almost looks like a snakeskin... most staff don't believe it is leather,” Ms Spiteri said.

“It also has an easy lacing system, which does away with the manual lacing, it has been replaced with a screw tightening system.”

The boot took out the 2014 Innovation Award at the New South Wales Minerals Council health and safety conference, in the Hunter Valley.

They are also the subject of an extensive feature by resource industry press Mining Australia.