The nation’s largest airline has announced a return to profitability, but by a pretty slim margin.

Qantas is back in the black according to its latest figures, the airline this week posted a net profit after tax of $5 million for the 2012/13 financial year after a loss of $245 million the year before.

Qantas has pointed to an incremental improvement international business, particularly Jetstar in Asia, as the source of the profits. The airline may be seeing the start of returns on its international alliance with the Dubai-based airline Emirates, forged this year. Qantas CEO Alan Joyce says the “full benefits” of the deal will start to flow from 2014-15.

“As a group, we are in a strong position. We have Australia's best airlines and best loyalty business,” Mr Joyce said, “in this volatile market we are focused on the elements that we can control - we are strengthening our domestic business and holding our market share... the turnaround of Qantas International is on-track as we grow its network and reduce its costs. We continue to build the Jetstar brand in Asia to position it well for success in the region.”

The headline profits this week may hide weaker earnings in Qantas’ domestic businesses and Jetstar, according to former Qantas chief economist, Tony Webber.

“We've seen less Virgin Australia capacity going into the leisure market and we've also seen a very, very weak Tiger Australia, which are the two dominant competitors against Jetstar... over the past 12 months it's seen a very good competitive environment and economic environment for making money and it hasn't,” Mr Webber said. 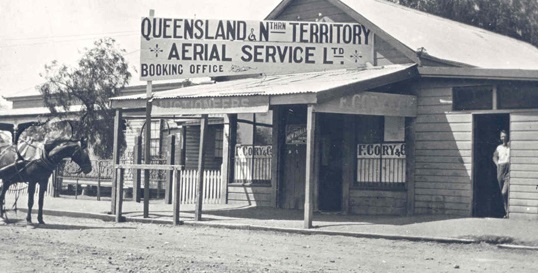