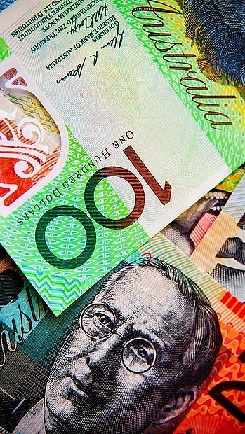 A study by progressive think tank Per Capita says real wages are going backwards for the first time in over a decade.

It says the average worker saw a $118 drop in the purchasing power of their pay in 2013, because wages have failed to keep pace with inflation.

This changed in 2014 however, when slumping fuel prices kept inflation down, and Australian workers were better off.

The report's author, Per Capita executive director David Hetherington, says wage increases since 2003 have been more than offset by increases in gross value added per hour worked, as increased labour productivity paid for the pay rises.

Mr Hetherington says this decline was driven by falling rates of union membership and therefore weaker bargaining positions for workers.

“We've seen this decoupling of productivity and wages and it's because workers have less bargaining power,” he told ABC radio.

“Union coverage has fallen to all time lows. You see increasing pressure around things like penalty rates, where the minimum wage should keep pace with the median wage.”

But there is another factor threatening the livelihood of the average Australian worker.

As Australian cities grow and become more congested, the study says the time taken to commute to work has increased, meaning many workers are forced to work fewer hours.

The report says the average commute has grown from three hours and 37 minutes per week in 2002 to four hours and 50 minutes, and that the extra $4,577 in post-tax real income received by Australian workers over the decade should be viewed in the context of 56 hours of extra unpaid commuting each year.

“It remains a fact that the vast majority of people in our society earn their primary income through work and, if we're not delivering income growth through work, then living standards will suffer,” he said.

“We need structural reform in terms of investment and productivity. So what we haven't done well in the last 10 to 15 years is to use the proceeds of the boom to invest in the infrastructure and skills.

“Secondly we need to make sure that we protect and maintain our wage bargaining framework that served us well for a century.”