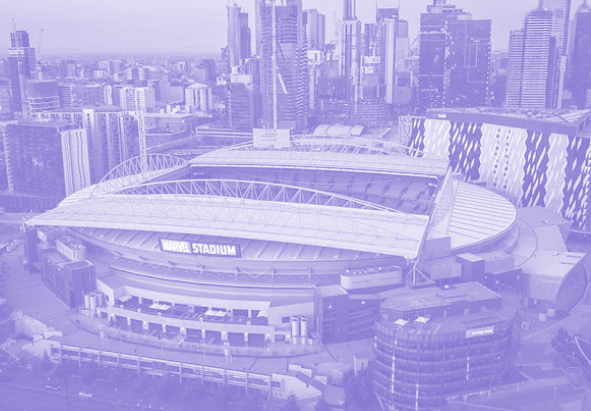 Marvel Stadium – one of Melbourne’s premier sports arenas – is covered in flammable cladding.

The AFL has confirmed the presence of the materials, saying some remedial works have already been taken on the stadium's exterior.

The football league says its stadium, located in Melbourne's Docklands area, is “safe, with no hazard to patron safety”.

“A section of cladding that was originally installed during the stadium's construction has been extensively analysed as low risk,” the AFL said in a statement.

“The stadium will continue to work with the City of Melbourne to ensure the stadium delivers a safe and fun environment for the thousands of patrons who attend the sports and events at the venue every week.”

The stadium is in line for a $225 million redevelopment, which may include changing some of the cladding.

Reports say the cladding was compliant when the time the stadium was built in 2000.

It was discovered two years after the AFL bought the stadium in 2016.

Victoria has a ban on the use of aluminium cladding panels with a polyethylene core of more than 30 per cent, but it is extremely difficult to enforce.

The Victorian Government recently announced a $600 million fund to remove dangerous material from about 500 buildings identified as high risk by a task force.