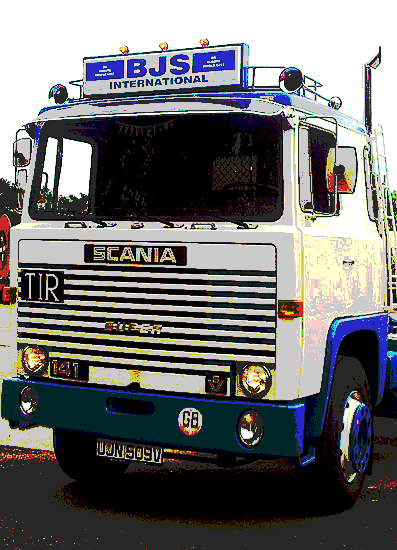 Swedish authorities are travelling across the world to learn from the new world leaders in performance based standards (PBS) – Australia.

The National Heavy Vehicle Regulator (NHVR) has revealed that it gave an in-depth briefing to two Swedish Transport Agency representatives, Anders Gunneriusson and Mats Willen, about the NHVR’s management of PBS schemes.

In return, the Swedes gave the NHVR an exposition of its work to increase mass and length limits for the Swedish transport fleet, and an effort to boost productivity.

“Their visit is global recognition of the safety and productivity benefits achieved through the PBS scheme in Australia which has only been made possible through an innovative and optimised vehicle specification and design standards,” NHVR CEO Sal Petroccitto says.

“There is great benefit and much to learn by sharing knowledge and experiences with the international heavy vehicle industry.

“It all contributes to creating a more productive and safer heavy vehicle industry.”

Gunneriusson runs the Working Party on Brakes and Running Gear at the UN World Forum for Harmonisation of Vehicle Regulations.

The group is drafting a set of international vehicle standards for multi-vehicle combinations like road trains, and are looking for tips from the effective Australian model.

Representatives from the Queensland Department of Transport and Main Road’s Heavy Vehicle Reform unit participated in the meeting as well.

“The main topic was Performance Based Standards vehicles and routes as it was apparent that Sweden is very interested in introducing a similar type scheme,” a TMR spokesperson says.

“Mr Gunneriusson and Mr Willen were extremely interested in the background, framework and road network assessments required for PBS vehicles.

“It was interesting for us to learn about heavy vehicle rules in Sweden and how their network is managed.

“Topics such as mass limits, vehicle dimensions and the European Modular Scheme were discussed.”