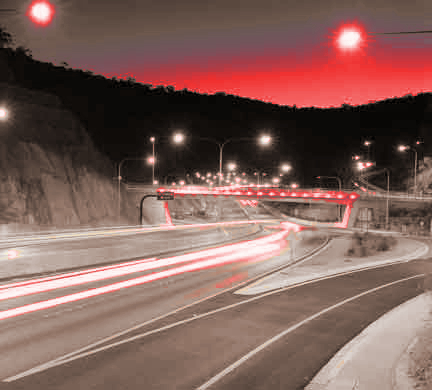 Trucks on Adelaide’s South Eastern Freeway will have their speed clamped down to 60km/h after a tragic crash last week.

Two people were killed and one driver injured when a truck attempted to turn left at a freeway intersection, veering across the road into stationary cars.

Transport Workers Union South Australia says the truck driver was 30-years-old and had only been on the job for a week, operating a truck owned by Queensland waste management company Transpacific.

The company has since taken its 2,800-strong fleet off the road across the country ahead of safety checks and further investigations.

A second truck rollover on the same stretch blocked traffic earlier this week, but was not fatal.

The speed limit for all trucks on the South Eastern Freeway is now 60km/h between Crafers exit and the toll gate, and they are now required to drive in the left lane. All other cars have been moved to a reduced 90km/h limit from September 1.

SARTA executive director Steve Shearer says a tiny fraction of the 500,000 trucks that travel on the freeway each year fail to drive safely.

“We know at least half of the ones that come into trouble have been from interstate and we know that a couple of them have said they haven’t come down the hill before,” Shearer said.

“The truth is SARTA has proposed the speed reduction and the government saw sense in immediately adopting what we suggested.

“If the general motoring community had the same safety record we would have very few fatal accidents on our roads.”

In a letter to the government, SARTA asked for speed cameras to be installed on the freeway and linked to intelligent systems with variable signs, so that warnings can be specifically matched to conditions and drivers.

It also called for a third arrester bed to be built on the freeway, as the first is rarely used.

“If the third arrester bed only stops two out of three incidents, that is still better than stopping none.

“We are very disappointed and frustrated that the government sources keep saying no, that they’ve looked at the option and said it’ll never work out but they haven’t showed us why.

“We don’t believe them; we think it’s actually about money and if it is about money that makes us even angrier because they’re prepared to spend $5.6 billion dollars on the full upgrade of the north-south corridor, which is great but they’re telling us they can’t find two or three million dollars for a third arrester bed, which just doesn’t make sense,” he said.