New deal for US sub tech 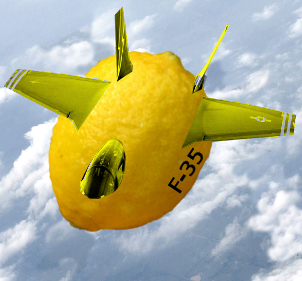 More questions have been asked about the future of the F-35 fighter jet program.

In 2002, the Howard Government committed to purchase up to 100 F-35 fighter jets, at a time when they were still in their design phase.

Since then, the planes’ development has been plagued by cost blowouts, design flaws and other issues.

The Australian Air Force has taken delivery of around 35 of the jets, and is reportedly having trouble keeping them battle-ready.

“Some of the parts fail for the first time for reasons we need to explore,” he told Estimates.

“For the engines, it's a coating problem on some of the blades that the US is experiencing. It takes time to get those through the shop and fix them.”

Problems on the F-35s include significant engine issues, as well as air leaking into the canopy, oil leaks in the auxiliary power unit and de-lamination of a wing flap.

Former US Marine Corps captain Dan Grazier has watched the development of the F-35 program for almost two decades in his role as a Military Fellow for US Defence spending watchdog, the Project on Government Oversight.

He says the jet has failed to deliver on promised capabilities.

“The last acting Secretary of Defence under the Trump administration, in a kind of parting shot in his final week … he essentially called the F-35 a piece of shit.

“When you look at modern warfare you have to think in terms of initially un-refuelled combat radius … and for the F-35 that's a little over 1,000 kilometres, so that's not a huge range.”

He suggested that long-range bombers would be more appropriate to Australia’s needs and risks.

Defence Minister Peter Dutton is travelling to the United States next week. It is unclear whether he will seek an update or any improvements to the F-35 project, but reports say he will push for collaboration on new long-range missile and unmanned drone technologies.